Quite definitely contains spoilers. So don't read any further if that bothers you!! 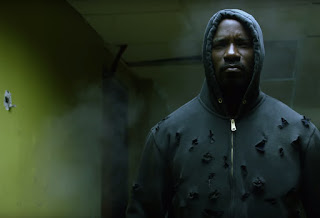 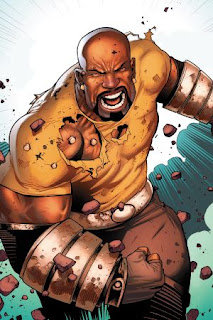 The Netflix adaptations of the Marvel Universe go from strength to strength. Riding on the back of the success of Daredevil seasons 1 and 2, and the incredible Jessica Jones, there was a fair bit at stake with the Luke Cage series. But, all credit to them, they made a superb job.

We'd met Luke Cage as a key character in the Jessica Jones series, where his erratic romance with Jessica de-railed following the revelations that The Purple Man, Killgrave, had compelled Jess to kill Luke's wife. In that introduction we learned a few key aspects about Luke, namely he'd acquired his powers via some experiment, and that he was a remarkable principled and moral character. (The origin episode is superb, as is his retro- afro/ tiara/ yellow shirt). 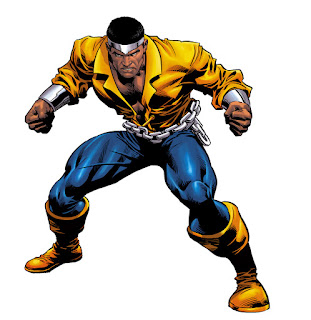 Following his intro in JJ, Luke's left Hell's Kitchen and gone to Harlem. This is a cool dramatic move for two reasons: one it avoids excessive cross-over with Hell's Kitchen heroes such as Daredevil, Jessica Jones, and --I suppose--The Punisher. Secondly, there's few areas that typify Black American culture as Harlem. And this focus, this placing of the narrative against a backdrop of Black America is expertly done.

The plot follows a fairly predictable arc: we start with Luke being a reluctant hero in Harlem, trying to keep his head down to avoid attention and thus linkage with his custodial past. Then trouble finds him, and his mentor/ friend is killed, prompting him to declare 'war' against the first villain of the piece, Cottonmouth. He's a well written psychopath, whose origins emulate those of Fisk in Daredevil, and whose aspirations run parallel to his cousin's, (Mariah) who is a local politician. I liked Cottonmouth as villain--he has a charismatic style that you can't help be drawn towards, and even though you know Luke's power level totally outclasses him, he provides an effective foil for the first half of the season. 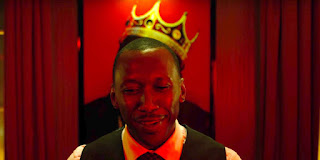 In the second half of the season we get to meet the key villain, Diamondback. Buffed with tech from Hammer corporation (the rival to Stark in Iron Man  2), the flamboyantly insane Diamondback is set on destroying Luke for what I thought was a smooth plot twist. Their ultimate clash, after a few well set build-ups, was excellent, and cleverly used flashbacks to their respective childhoods to add to the drama. 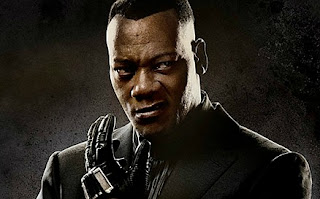 Luke Cage follows Daredevil in that respect, with the emphasis on the childhood experiences moulding the characters into heroes and villians. In Daredevil we had both Fisk and Murdoch having adverse childhoods, with poverty, violence and loss of fathers. In DD these similar origins produced two different characters, one a hero (albeit conflicted) and one a villain (with a strange ethical code hidden in him). In Luke Cage, we have the childhood link between Luke and Cottonmouth that draws them into conflict. The commonality of the preacher father figure is then evolved with Diamondback's religious quotes, and obsession with biblical verse and teachings. It was a slightly contrived touch, after all the Bible-quoting psycho villain paradox isn't exactly original, but with its tie-in to the past, I'll forgive it as a device. Naturally it is there to illustrate that Luke, evidently not religious or ever alluding to Bible teaching, is admirably moral throughout, whereas Diamondback is distinctly opposite.

Luke's character is nicely portrayed. His almost naïve heroism stands in opposition to the less mortally robust Jessica and Daredevil, and I look forward to the dynamics in the Defenders when it arrives. The strong female characters often tease Luke about his corny lines, and social awkwardness, and it really made me like Luke perhaps more than any other of the Marvel-Netflix heroes so far. 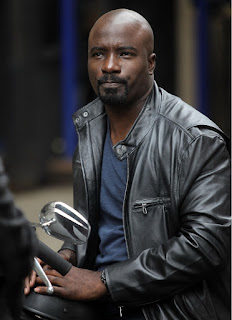 Three more things about the series really leapt out for me. The series felt far more a part of the MCU than the prior three series. The Avengers were referenced repeatedly, although clearly this series is set (as is DD1 and 2 and JJ) between Avengers 1-2 and Civil War, as there's no mention of Registration. The dude with the hammer, the big green guy, and even Captain America by name, are all mentioned. The use of Justin Hammer's tech is a great inclusion. The character of Claire provides a link between the other Netflix series (she's in all three, I think), and I seem to recall Patsy's voice on a radio show debating Luke's effects on Harlem. More than the other series it examines the nature and effect of a hero, and a vigilante, whose identity is not a secret. The awesome Misty Knight, and yes I did squee like a fan-boy, provides the gradually adapting face of authority, and Claire the proponent for vigilante-heroes. This conflict is exploited by Mariah in latter episodes, and the Judas rounds (using Avengers 1 fall-out alien debris tech) in the hands of the police a nod to the philosophical arguments from Civil War. 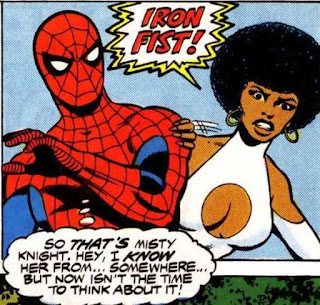 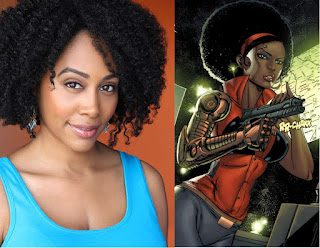 The second stand-out is the music. Just superb. Ideally chosen for the setting of Harlem, it mixes soul with rap with funk. The guest appearances by Method Man and Delfonics set the tone, and the soundtrack had some excellent songs from Issac Hayes, Ol' Dirty Bastard, Rakim, Wu Tang Clan, Gang Starr, and even Nina Simone and John Lee Hooker. Given that the soundtrack was such a big deal with Stranger Things, Netflix's huge success of the summer, and also Marvel Cinema's Guardians of the Galaxy, I think that we'll find that the soundtracks become significant features in these series.

My final love of the series was the representation of black American culture. Given the style of the series, a black superhero, it could have so easily gone wrong. I was expecting a portrayal of gangstas battling Luke with escalating tech, and some black stereotypes tossed in. But the portrayals in this series were some of the best I've seen since the Wire, with well rounded and intricate characters providing enough variety. Sure there were some slight stereotypes--Mariah, the Councillor, was
tricky to gel with for me, and Pops and Bobby Fish edged on the obvious--but generally the characters felt very alive and very vibrant to me. And the writing was saturated with pop culture references, whether the jokes about kung-fu films, Shaft, Different Strokes, Dr Seuss, The Warriors, or the answer to 'who you goin' to call?' being... well... Ghostbusters! And Diamondback's reminiscing about being the Son of a Preacher Man, with Dusty Springfield playing. Just little touches that lifted the entertainment level above Jessica Jones and DD for me. 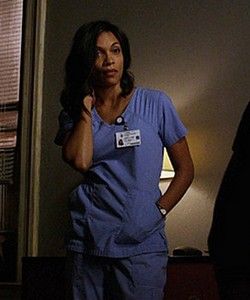 So, hope you agree with me on these points, but if you don't then comment as to what you think of the series. Next up is Iron Fist, in March, which has the tricky task of maintaining the standard. And the Defenders... well that's going to be so cool, especially as Sigourney Weaver is on board!!