Come and meet the SkullDust Circle

I've been a little negligent with my blog this month, for which I apologise. Firstly work has been crazy busy/poorly, which is kind of fair enough (as I get paid for that stuff). Second there's a lot going down at the publishers meaning I've had to re-upload my Kindle book. Third, there's those three little people that live with me, whom I thought were hobbits but turned out to be my kids. Seems they like to spend time with me--quality time that doesn't involve me playing with my i-phone.

The final reason is that I've become part of a new blog. It's a writers blog, specifically its a group of us who've joined together to post stuff about our genres and writing. I thought it'd be good as I've tried to avoid droning on about my book on this blog, and the Roaring Mouse is to present others small-press/self-pub works.

It's called the Skull Dust Circle, and there are seven of us in the Circle (well, strictly its a septagon) and all of the guys on it are awesome authors that I'm flattered to be associated with. William Kenney and Gary Vanucci got the blog up and going. William is the author of In the Shadow of the Black Sun epic fantasy series, and is a superb artist as well. His own site is here. Gary is the author of the Ashenclaw books and their preludes, the Wothlanda series. His books have a very DnD/RPG bent to them, much like my own. His Eye on Ashenclaw blog is here.

Jeremy Laszlo will be familiar to those who read the Roaring Mouse as I interviewed him earlier in May. He has written three books of his awesome series Blood and Brotherhood Saga. His style is greatly detailed and great fun to read. His website makes mine look like its written on a chalkboard, and you can find it just here! Benedict Martin writes fantasy, and draws rather amusing cartoons on his blog. He's at this site. David Woods and Stefain are both new authors whom I have yet to meet, but am certain I'll be hearing more of.

So the site will be a place for us to talk about our work, fantasy and sci-fi in general, and post about topics of interest. I've posted two so far- one on David Eddings and his rules of fantasy (Fantasy by numbers) and one a re-post about anti-heroes in fantasy (anti-heroic fantasy).

Take a look over at the Circle if you get the chance. Cloaks of Elvenkind optional.
Posted by Ross M Kitson at 14:22 No comments:

There’s a scene in the new Avengers movie where Captain America is sat feeling like a man out of time, not getting the cultural references around him. Then someone says a line about flying monkeys (as in the Wizard of Oz) and he smiles and says, “That one I get.” 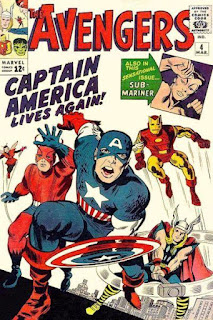 It’s a scene slightly reminiscent of a great piece in the Civil War: Frontline comic where Ben Ulrich and Sally Floyd interview Cap in his cell and point out all the things about modern day America he doesn’t know about or doesn’t get. That’s an aside, as this blog isn’t about the comic (although I do love the Avengers franchise dearly)—it’s about the changing nature of superhero films.


When I came out of the Avengers last week, with my two eldest kids (9 and 8) we were buzzing about the movie. What was so special about it? My son hit the nail on the head as we drove home (as he often does). “Dad, that was awesome... it was just like the comic.”

And there you have it. The reasons it’s so good is that it was just like the comic. From the dialogue, to the plot, to the action, to the depiction of the Hulk. It was spot on. Now that’s no great surprise—Joss Whedon, amongst many things, wrote for Marvel (The Runaways was excellent, and his run on X-men was OK). But he carries something more to it... an understanding of how to translate what looks good on the comic page into something that doesn’t look like CGI cheese on the screen. It’s not simply a matter of special effects- Transformers 2 proved that. It’s the actors and the plot not coming across as too daft that makes it work. 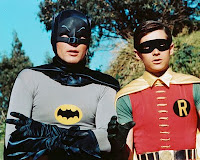 Of course Avengers can’t claim to be the first to achieve that. There have been some amazing superhero movies over the years—but it made me think, when did they really start to reflect the comics? As I supped a glass of red wine I pondered the question, with the world becoming as fuzzy as a James T Kirk love scene


I grew up (well got chronologically older) in the seventies and eighties. It was an era where special effects really came into being, and marked the boom in sci-fi films and series (Star Wars, Battlestar Galactica, Blade Runner, Alien, Buck Rogers etc). There were attempts at fantasy films that hit or missed (Hawk the Slayer, Excalibur, Sword and Sorcerer, Conan, Krull... a rather mixed bag). And there were superhero films.


I adored the sixties Batman re-runs as a kid, and indeed the film, which was shown fairly regularly in the pre-VCR days. Ironically it reflected the comic at the time it was made, but by the time I watched it Batman the comic was undergoing a re-birth with darker stories and grittier characters. And I was never a big DC fan. Then the big screen played host to Superman, and the little screen to the Hulk and Spiderman. 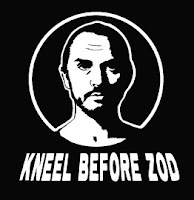 They just weren’t right. Superman was a great film, as was Superman 2, and I got the duvet cover, the posters, the bubblegum cards, and so forth. Superman 2 had the super-villians (kneel before Zod!) but it still didn’t feel like the comic, which was far more cosmic and on a different power scale. Similarly the Hulk series gave us great lines about not making me angry, and the eternal debate about stretchable trousers, but it was a different kettle of (green) fish to clashing with The Leader, The Abomination, Doc Samson, The U-Foes etc. And Spiderman? Loved the wall crawling, could cope with chunky white bracelets, but here was a dude with the best roster of villains ever in comics. And he spent most episodes battling hoods with pistols. Sigh.

The effects, the costumes, the stories just couldn’t match the comics. When did that change? I’m tempted to say with Batman, in the late Eighties. Yet even with the wonder of Tim Burton, and I do love those first two films, there is a vibe of underlying campness to it, a sort of silliness, that didn’t reflect what we were reading at the time (Batman in late eighties had seminal works like The Killing Joke, The Dark Knight Returns, Batman Year One).


It was Spiderman who saved it for me. The X-men was close, and in retrospect probably turned the tide, but Sam Raimi’s trilogy was perfect. I’d loved Raimi’s Evil Dead films as a student, mainly for the brilliant Evil Dead 2, which has the best lines ever in a horror film... and a chainsaw grafted to a stump of an arm. With Spiderman he got it perfect—the effects, the story, the acting. The sense of pity you had for Peter Parker that pervaded the comics from day one was captured, as was the menace of the Green Goblin and the tragedy that follows. Spiderman 2 was even better—I can watch and re-watch the scene in the bank where he pulls Aunt May down as the vault door hurtles overhead. 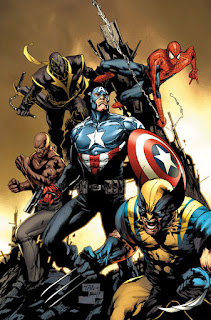 And they’ve gone from strength to strength. The X-men trilogy was well done, as were the two prequels. The two Iron Man films were also great, and I loved Thor. Less certain about the two Hulk ones, Daredevil and Elektra and I’ve never been a big Batman fan so the Dark Knight style films have left me feeling a bit despondent. The prospect of a Spiderman re-boot isn’t thrilling me, I’ll admit, perhaps because I’m sick of re-boots and liked the previous films so much.


Of course, other (non superhero) comics have had the big screen flourish. They are a mixed bag too: Alan Moore’s have struggled notably, sadly as he’s probably the best comics writer alive (Watchmen was OK, as was V for Vendetta, but League of Extraordinary Gentlemen contravened the Geneva convention); 300 was cool, Wanted I’ve not even seen (although the comic was a let down). Kick Ass is on my to be watched list (the comic pushed the taste boundary for me too).


Now they’ve got it right, from a comics fan perspective, I hope they stay on track. The worst thing in the world would be to get carried away and let shite stories slip in. I’m hoping for an awesome Avengers 2, and given the popularity of the current film I’m certain they’ll do one. And despite all I’ve written, I loved those superhero movies/series when I was a kid because it was still a buzz seeing characters you love coming to life on the screen—even if they weren’t quite right.

Which would lead perfectly into talking about The Hobbit....

A funny Spiderman clip to finish with... Kenny Everett's take on the Web slinger...
Posted by Ross M Kitson at 13:36 5 comments: