It was my Mum's funeral today and I had the honour of reading a short eulogy to the mourners. I kind of wanted to put it somewhere permanent and personal, so the blog seemed the right place to do this. Obviously much in it means little to anyone other than me, my Dad, my brother Dan and my wife, Amanda, yet there is a sentiment which I think anyone who has been through loss can empathise with. 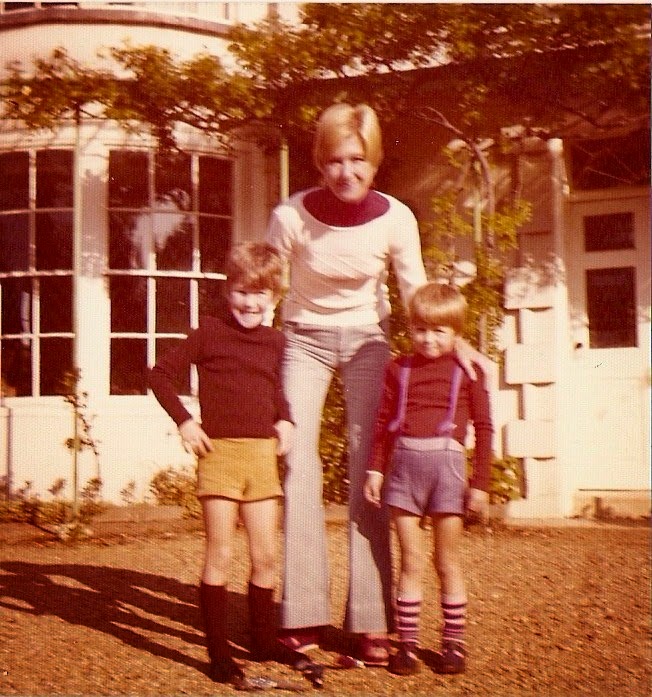 We walked in to Procul Harum's A Whiter Shade of Pale, and left to Rod Stewart's Sailing. Beautiful songs for a beautiful woman.


Mum’s Eulogy
Mum was born Denise Elizabeth Ainley to Sam and Lynne Ainley on 16th July 1947. She grew up in the area between Harehills and Chapel Allerton in Leeds, on Roxholme Terrace opposite Potternewton Park. She attended primary school at Chapeltown Primary and then high school at Allerton High on King lane, not too far from here actually. At school she enjoyed athletics, and was an able pupil interested especially in Biology, English Literature and History. One of her favourite stories was winning a book prize and choosing DH Lawrence’s Sons and Lovers as her prize, which even in the early Sixties was considered a risqué choice! 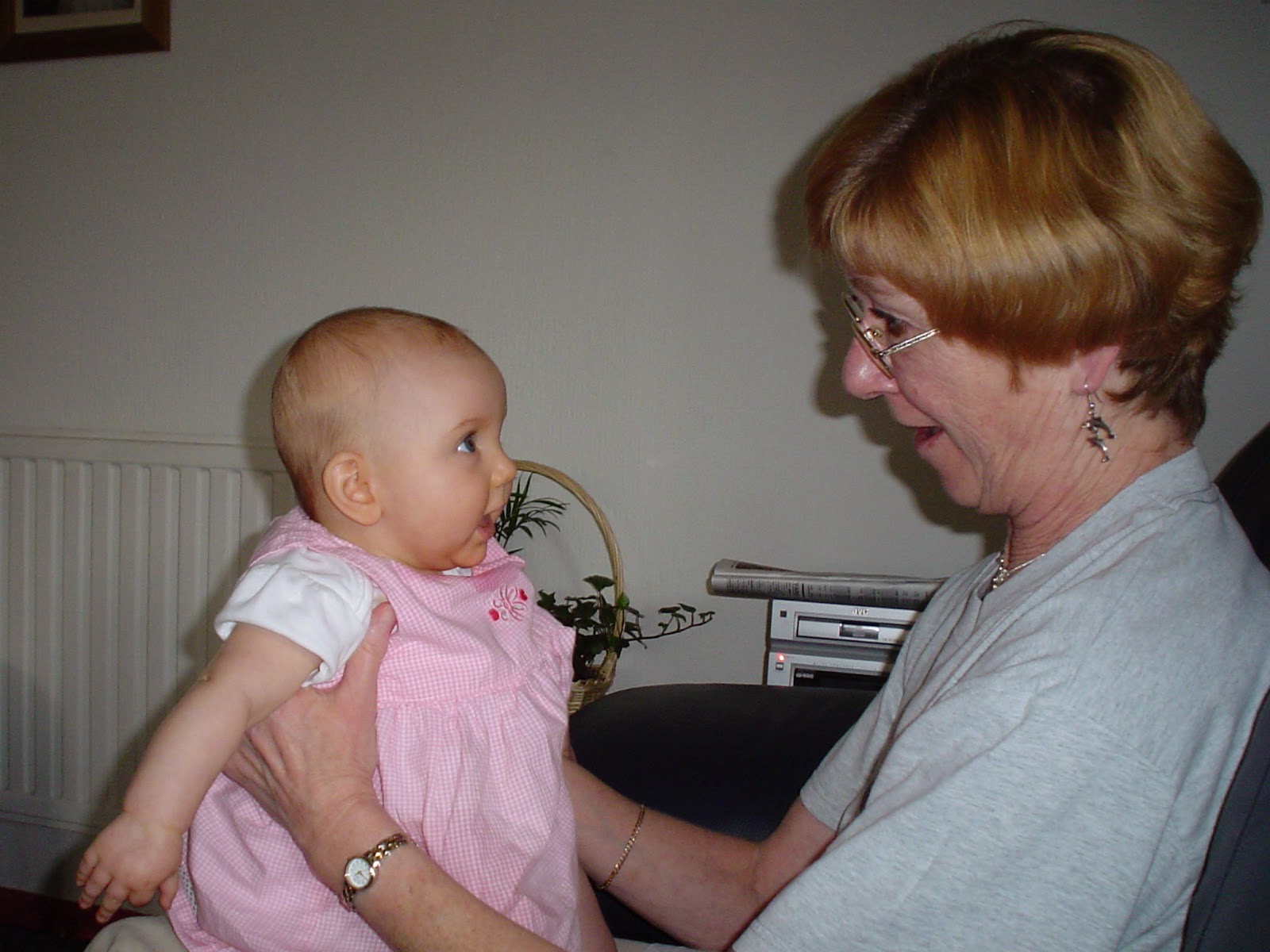 Sadly, Mum lost her own mother in her late teens, recalling that she opened her A-level results at the hospital. Whether it was this sad contact with hospitals, her love of biology, or her caring nature, Mum was to work in healthcare in some capacity for her entire working life. She studied Physiotherapy at Leeds, and I remember as a kid her telling me she especially loved watching operations—the gorier the better. She was proud of the fact that she watched brain surgery without flinching, only to then faint when a surgeon tossed an amputated finger for her to catch. Think she still had the scar on her head?


During her teens Mum was in the Girl Guides and went to the youth club in Chapel Allerton, which was where she met Dad. I think she said her first memory of him was that he laughed at her new Pink Witch bike, but evidently this didn’t put her off too much as they started courting later in their teens. By all accounts, and there IS photographic evidence of this, they made quite a good looking couple—with Mum’s resemblance to Dusty Springfield and Dad’s to George Harrison. Makes you wonder what went wrong with me and Dan… 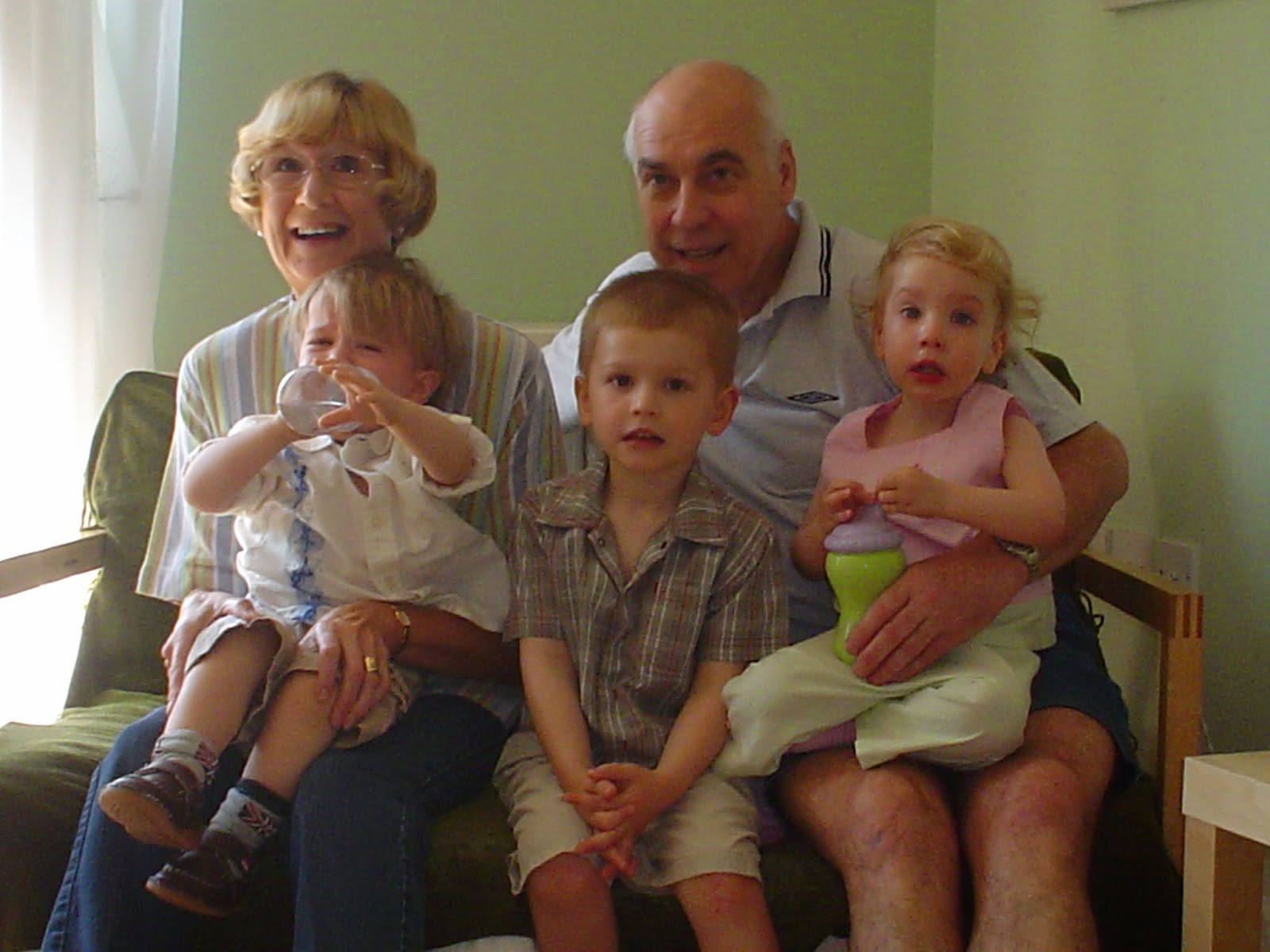 They married at the end of the Sixties, honeymooned in Jersey, and then bought their first house off Shadwell Lane. Two years later I was born at hospital—a baby Mum referred to as ‘bald, cross-eyed and spotty’—and two years after that, Dan was born at home. Mum and Dad never seemed to resolve at what time that happened, and I loose count of the number of times they quibbled whether the midwife on her way from Wetherby was stuck in rush hour or not. 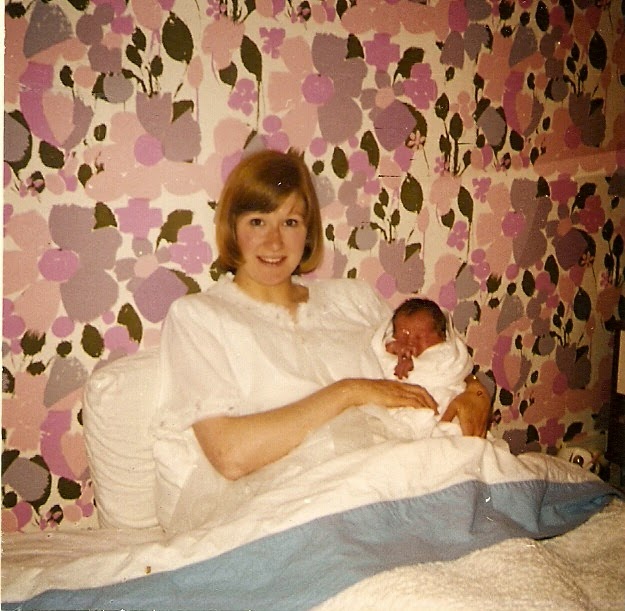 We moved in the late Seventies to West Park Drive, and spent the rest of our time as a family in Leeds living there. What can we say about that time? It was a great childhood—full of fun and laughter. We spent loads of time down at the Roundhegians club, playing badminton, and socialising and wittling Sunday afternoons away. Mum worked in several places as a physio in that time—LGI, Newton Green, Roundhay Hall, and it struck me as a child what it was for someone to truly love a job. She really enjoyed her time as a physiotherapist, although at work she’d be as happy having a smoke and a laugh with the cleaners as taking a break with the other physios. We’d holiday in Norfolk every year, and latterly in Aviemore—great holidays, great memories—our parents at their best. Obviously the holidays got more extravagant and sunnier once Mum and Dad got shot of me and Dan, but I’d like to think that Mum remembered those times in Knapton Hall, Norfolk as the best of the bunch.


In the mid-Eighties, Dad got a new job in Peterborough, and we all moved down to live there. Mum worked for a few years as a physio, but ultimately the need for a revision of her hip replacement meant she had to retire from physiotherapy, which I know was a tough decision for her. Naturally, Dad cracked the whip and Mum returned to work as a GP receptionist which, whilst not as enjoyable as physiotherapy, nonetheless gave her some enjoyable times. 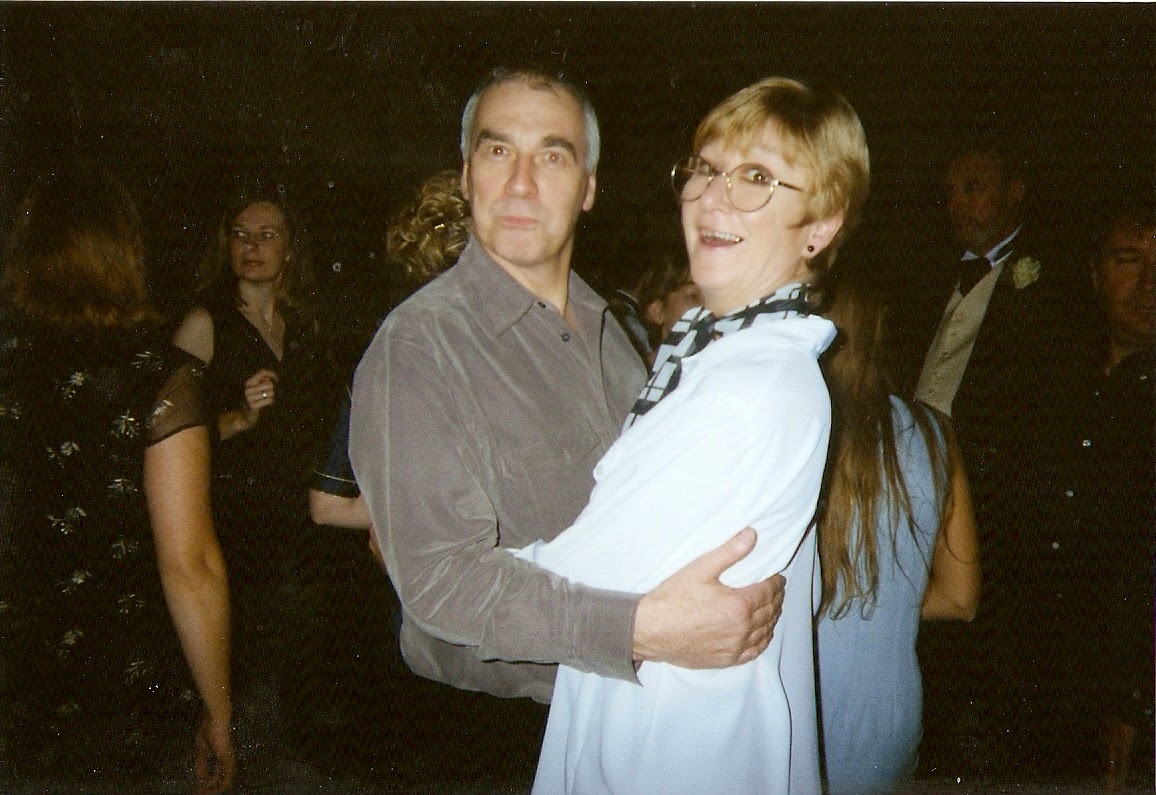 Mum loved her time in Peterborough—her and Dad made some really good friends, (many of whom are here today) and again social life revolved around the sports club at Pearl Assurance and whilst she was able to she scooted around on her bike. Dan and I left home in the early 90s to go to Uni., but we’d often be back, usually with washing. Mum loved her holidays and Dad dragged her all over Europe and beyond, and as I mentioned earlier her love of history took them to Russia for a holiday however she loved her sunshine—her idea of sun block was carrot juice on the body, lemon juice  the hair!


One of Mum’s greatest strengths was her warmth and love for others. My Gran, Dad’s mum, remained in Leeds when we left, and Mum would ring her twice a week to chat. Gran was frequently staying with us during those years in Peterborough, and Mum had a lovely close relationship with her. 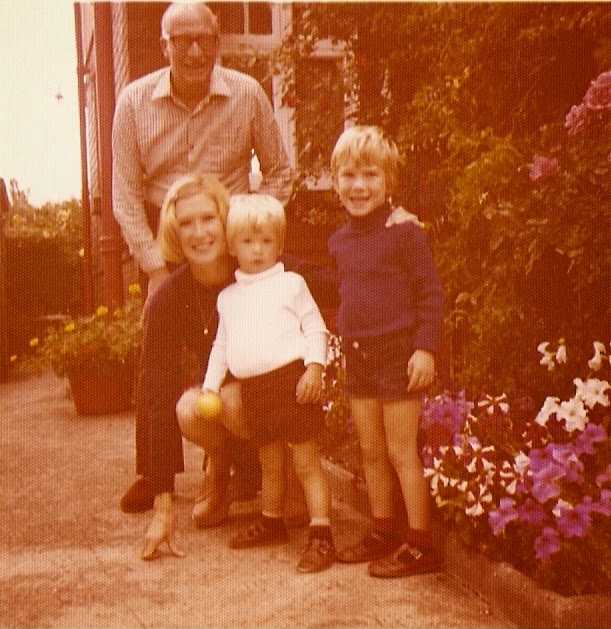 And our family grew. Mum and Amanda and Maura had a great bond, and some brilliant times with a mother who never had the delight of daughters of her own.  Five grandchildren—Jack and Tommy, Charlie, Evelyn and Henry—all gave her great pleasure, their energy keeping her young and ‘on her toes’ up until the end. She was never short of a hug or a cuddle for one of them.


When Dad retired, they relocated back to Yorkshire, to the lovely village of Addingham, near Ilkley. By then Mum’s mobility was problematic, but her and Dad persevered and up until her stroke last year she managed amazingly well. The problems with the stroke, her appetite and ultimately the cancer took their toll, but Dad and her managed to stay at home until the very end—and she passed peacefully on Saturday 30th August, with us all there.


So there you have it—Mum’s life. But there’s so much more I could tell you, so much more than facts and events. 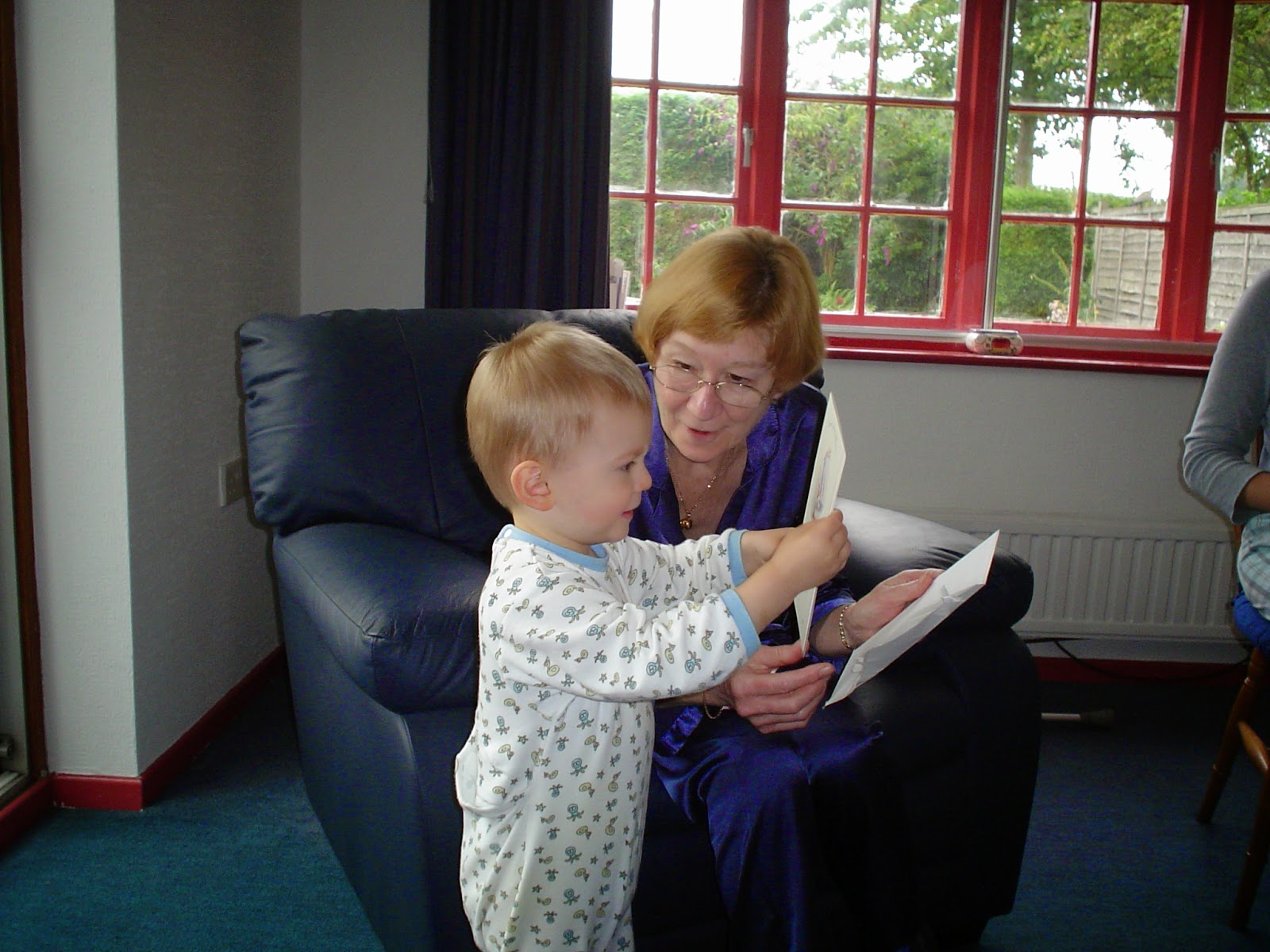 Mum was warmth and life and laughter. She taught me and Dan what humour was—from her love of Carry On Films, or Les Dawson, or Blackadder, or Kenny Everett- all in the best possible taste! She loved to laugh, to giggle, to smile. She was kind, and generous, and caring. Mum was pictures of Hedgehogs, and brightly coloured boots. She was sunflowers, and big bright chrysanthemums. She was sunshine and wine, Rod Stewart, Freddy Mercury and Sean Connery. She was all about family, and love, and hugs.


And we’ll all miss her like crazy, but remember what she gave us.  Happiness and life.
Posted by Ross M Kitson at 13:03 5 comments: