Of Ice and Air by Carlie Cullen: new release

My friend and fellow Myrddin author has followed the success of her paranormal trilogy Heart Search, by dipping her toes into the swirling waters of my favourite genre, fantasy.
I have my review copy of "Of Ice and Air" hot of the press, and am eager to get cracking on it once I've finished my latest Erikson book. In the interim, and pending the review I'll pen when I've read it, here's an excerpt:
***

“Please, listen to what I have to say. One person with sufficient magic at their disposal could sneak in and at least find out if mother is there. If so, she could be rescued and brought back before Gengaruk and his men even know she’s gone. There must be something in the magic you’ve set around the area which would prevent mother from freeing herself using her own gifts. This is where I have the advantage and the best of both worlds. Not only do I possess the magic of Idenvarlis, but Taivass-Maa also. So I would assume my air magic would not be affected by whatever you have in place to keep those animals trapped in that land.

“A battalion of your men would be seen and heard from a fair distance and unless you gave them bracelets to allow them immunity from the magic, they would get stuck there and besides, I’m guessing they don’t possess the full range of abilities we do, or am I wrong on that score?” Kailani’s voice was commanding and self-assured.

Silence so absolute you couldn’t even hear breathing suffused the throne room. Jaanis, Shivla, and Bellis looked thoughtful and Kailani breathed a sigh of relief. They were actually taking her seriously. Bellis was the first to break the silence. His voice sounded extraordinarily loud after the quiet, yet he was only speaking at his normal volume.

“You say you have all the magics from both worlds, how do you know this?”

Kailani unfastened the cape and pushed her hair to one side. Under her ear, indented into the skin, were three birthmarks: three wavy lines, a teardrop, and an icicle. Bellis bent closer to examine them and ran his finger over each one.

“Am I missing any?” she asked innocently.

“No, and they are genuine,” he replied, more for his parents’ benefit than Kailani’s, or so she felt. “What magics do you have from the air world?” She reached up and peeled back a little of her dress to reveal her left shoulder; goosebumps smothered her skin. Four raised birthmarks could clearly be seen: a star, moon, sun, and a flash of lightning. “What can you do with them?”

“I can teleport, I’m telepathic, I can shoot light rays from my eyes which have the burning power of the sun, and I can manifest blades of fire just by thought, to name but a few.” She covered her shoulder up quickly and pulled her cloak tighter around her.

Bellis turned to his parents. “Kailani must be the most powerful individual who ever came to Idenvarlis. As she said, she has the best of both worlds. I think she could stand a chance of finding Garalia if you could give her an immunity bracelet, Father.” Kailani gazed at Bellis in disbelief and was surprised to see something very different in his eyes to what came from his lips. A calculating look shone there and she knew something wasn’t right. Now wasn’t the time to find out more, although she vowed to herself that she would on her return. Her instincts were on full alert and they told her that Bellis wanted her gone. He didn’t want to share his parents’ attention with her, so would support any madcap scheme she came up with to rescue his sister in the hope she wouldn’t return.

If you can't wait for my review, you can read Carlie's book at: http://www.amazon.co.uk/ICE-AIR-Eagle-Eye-Editors-ebook/dp/B0186I74JC?tag=smarturl-gb-21 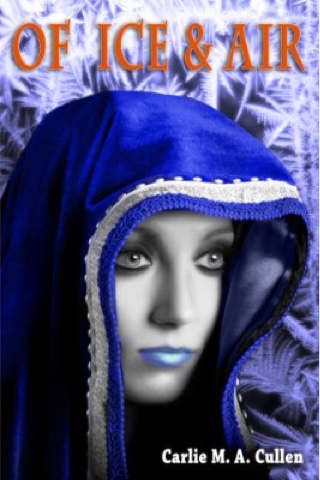 The third book of Erikson’s incredible series marks the point where I slipped away from the books about six or so years ago. It’s tricky with such a hefty series to keep momentum, and it coincided with me getting into more classic fantasy authors such as Vance, Zelazney, Moorcock and Anderson. But having completed book three I’m avidly now reading book four, enjoying the ping-ponging between story threads and characters. 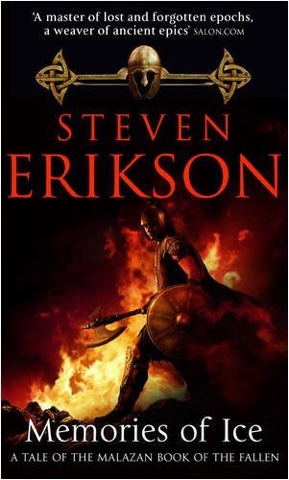 Memories of Ice picks up the story not long after Gardens of the Moon’s epic finale, and follows many of the characters from that book—namely Whiskeyjack and the Bridgeburners; Kruppe, Colle and Murillio; Toc the Younger, and Tool, the T’lan Imass. The new characters of Gruntle and Stonny, and the Grey Swords, notably Itkovian, are given sufficient page space for us to begin to care about them—always a risk when your dramatis personae runs to five pages! 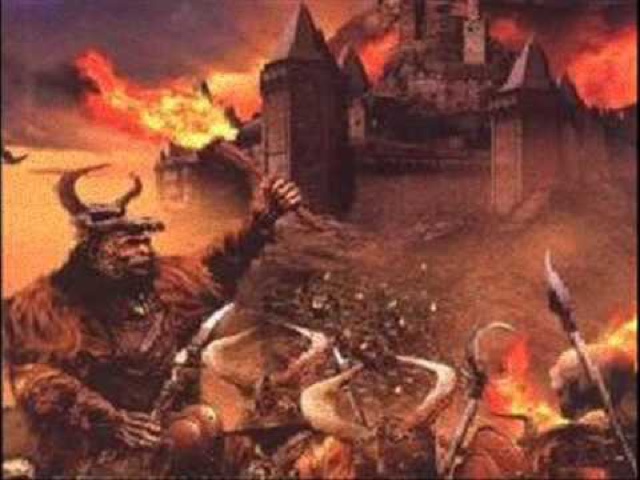 The gist of the book is the uneasy alliance between Commander Dujek Onearm, Whiskeyjack and Captain Paran, with the Malazan army, and the forces of Caladan Brood, and Anomander Rake’s Tiste Andii. They unite due to the concern of the Panion Domin, a fledgling coastal empire with cannibalistic troops, and mysterious links with an Elder race, the K’Chain Che’ Malle (bet he got sick of typing that). The tone of the book is similarly brutal to the prior one, with fairly full on violence, slaughter and warfare. The scenes involving the assault on Capustan are remarkable yet disturbing, and would it ever be filmed it would make Game of Thrones seem rather tame (as far as war scenes would go anyway). 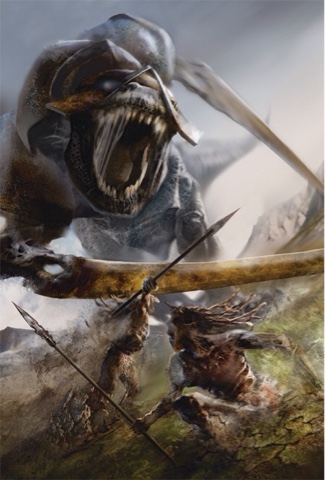 What really made the book for me, however, was the progression of the back story arc of the Chained God, and the marked fleshing out of Erikson’s world. From the origins of the T’lan Imass, to the revelations about Rake and his dreaded Stormbringer-esque sword, to the Deck of Dragons and the creation of houses, this book really aids the understanding of the milieu. The gods feature heavy in this book—Fener, K’rul, Hood, Burn, Trake, Togg and Fanderay. The manipulations of the mortals, their forms and their actions creates a very epic sense to this instalment, yet for me Erikson doesn’t lose track of the personalities and emotions of the characters. The impact of the horrors of war, and the sense of duty against all odds, is explored and although Erikson’s dialogue and humour can feel a bit clunky at times, there are some wonderful sections of fantasy prose. And, as with the prior two books, there is no patronising the reader—the book is unapologetically intricate. So onto book four, my first ‘fresh’ one for years, in the hope I can pick up the nuances and backwards-forwards timelines that have knitted the first three together. Totally recommend anyone reading the books, but be aware it’s a fair commitment!
Latter two images by JK Drummond, who you can check at http://www.jkdrummond.com
Posted by Ross M Kitson at 13:56 No comments: