About a year and a half ago, when the kids got sick of me saying my fantasy books were too violent for them to read, I decided to write a book targeted at teens (nominally referred to as YA... young adult). Various ideas rattled around the brain box, but none seemed exactly right.

I decided fairly early on that I should stick to what I know, namely speculative fiction. I felt pretty saturated with fantasy, so the logical genre was therefore sci-fi. The combination of sci-fi plus teen, plus what my kids might have liked led me down memory lane to try and think what would get me interested at that age.

For the kid growing up in the Seventies it was the eternal conflict, and indeed now the franchises have been milked to the point of a shrivelled cow, it remains an ongoing concern for the current teen geek.

On one hand we had the wonderful British eccentricity of Dr Who, airing most Saturdays on the BBC and driving most of us behind the sofa (admittedly not so much as a teenager...). On the other we had the re-runs of the original Star Trek, with the green lass at the end and lots of gags about the captain’s log (read ‘poo’) and Mr Spock’s final front ear. Although slightly archaic even by the late 70s there was a glossiness and action about Star Trek that ran in direct opposition to Dr Who.
Could you love both? Of course—but you had to like one more than the other.

And for me it was always Who. I grew up in the era of Tom Baker’s fourth doctor—all Simpson-esque eyes, multi-coloured scarf and utter bizarreness. I have faint recollection of Pertwee’s last stories (Planet of the Spiders), but I do wonder if they’d been affected by anniversary re-runs or later by videos. Me and my brother had a vast collection of Dr Who books and a knowledge of the series that would have won us Mastermind (indeed some dude did win Mastermind with Dr Who as his speciality subject and I could answer all the question). Dr Who journeyed through my childhood with me, in his magical blue box. I recall being gutted about being in a school play because I was missing The Pirate Planet. I can recall being terrified by the robot mummies from Pyramids of Mars, and the stone hand from the Hand of Fear. I recall me and some mates playing a game where we were inside the Doctor’s brain from the Invisible Enemy. I can recall the nightmares from the giant slimy thing that popped up from the skull in Image of the Fendahl. And the bad guy drowning the doctor in the Deadly Assassin (which really got the censorship lobby going) was etched on my mind forever.

That era of Dr Who was simply amazing, and even now the stories stand up to scrutiny with the wonderful mix of gothic horror and sci-fi, the larger than life Doctor and the splendid companions (Sarah Jane, Leela and Romana). So I took the essence of that time and tried to create a story which would emulate the buzz I used to get with Dr Who –the balance of excitement, mystery, humour and sci-fi. The baddies needed to be tough, near indestructible, but with some Achilles heel that was apparent after the nerve wracking chase sequence. There needed to be a British-ness about it, so I set it in York, and also roped in a Victoriana alternate reality for good measure. With a dash of clockwork. The companions have been replaced by the teenage main characters. The bizarrity comes from Ben, the heroic schizophrenic brother of Sam. And the wisdom, the mentor, the alien intellect role of the Doctor? Why, that’s Merlin, but existing as a dissociated consciousness on the internet.

And my final nod to the Dr Who of my childhood? Tom Baker’s final episode was Logopolis, with its unforgettable finale at Jodrell Bank radio-telescope in Cheshire. Where else could I have my own final showdown in the Infinity Bridge?

The observant amongst you will note that I’ve avoided talking about Star Wars. For me the first two will remain cherished memories, the rest curious fun. Iconic, yes. Enjoyable, yes. But it was not a patch on Dr Who in terms of influence for me.

So the mind is already at work on the sequel, and this time there might be some old school Trek influences creeping in.... (‘On Earth, we call this a kiss’ ‘I like this very much, Jim Kirk.’ (soft focus on green lass)). 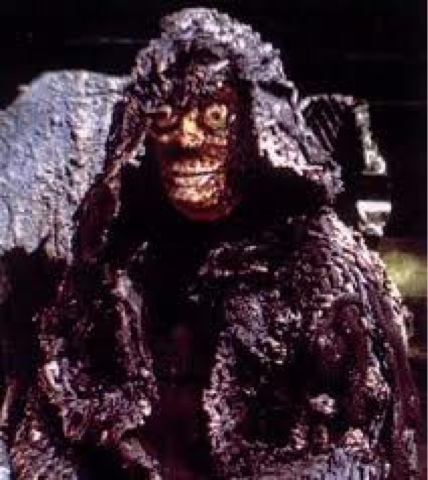 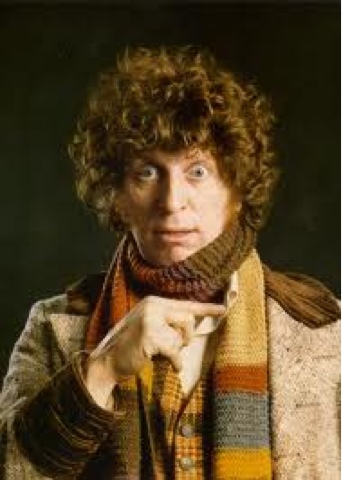 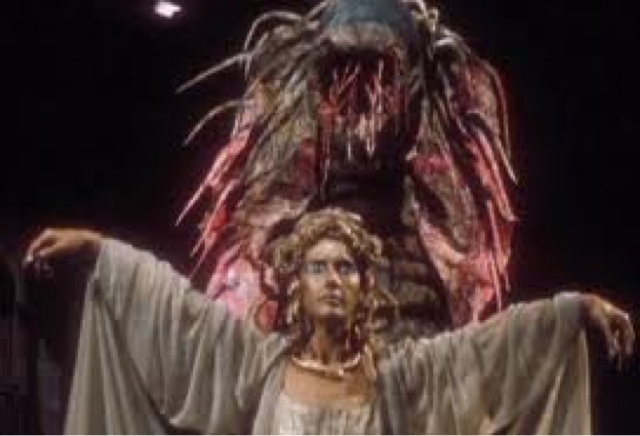