Six years ago, whilst Amanda was pregnant with Henry, I began writing a fantasy book. At the time I had an idea in my brain of a heroine who would find mysterious powers of magic and use these powers to flee her slavery and join two wily thieves on a quest for some magic crystals.

The concept evolved, far broader than I'd planned as these things often do, and what was once a two book series expanded into three and then after splitting the first meaty tome in twain, into a six book series (despite the 'trilogy' title on the FB page... LOL).

And, six years after I put digit to keyboard, bringing to life scribbles in notepads, and over half a million words later, book six is almost here. In the last throes of proof-reading, I have the distinct pleasure to reveal the incredible new cover for the book.

One of the great relationships I have enjoyed from the early bizarre days of FIBP and through the growth of the mighty Myrddin Publishing Group is the one I have with Ceri Clark. As well as her skills as an author, and writer of internet guides, Ceri has a real talent for book cover design. This has worked in synergy with ideas I have had regarding images, and she can take the raw substance and create some remarkable work. As you'll see below, Ceri's six book covers in my Darkness Rising series, form a great set.

The latest cover was a real challenge. Thus far we have had representations of Emelia (bk1-2), Hunor (bk3), Orla (bk4) and Kervin (bk5). For Book 6 I had always planned for Jem, who is perhaps the other key character in the series (along with Vildor and Aldred). Yet from an early stage I had such a strong image of Jem in my mind that nothing could replace it (if you are interested, I visualise him as David Thewlis as Professor Lupin).

So the image on book six is a representation of one of my series favorites, Ekris, the thespian assassin whose journey with Aldred was driven by his need for vengeance towards Hunor. Book five's finale saw the long awaited fight between the two master-swordsmen, and Book six takes Ekris into some strange uncharted territory in a way you simply won't believe. The hooded assassin, bearing a passing likeness to Ezio from Assassin's Creed, is stood in the ruins of a once great city--the finale location of the series, Erturia. 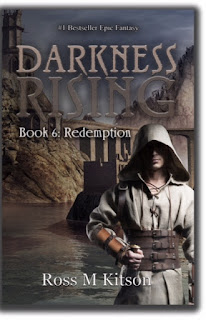 In a lot of ways, Ekris has changed the most as a character through the books. In the outset he was manipulative and murderous, throwing wit into his killing with panache and style. He borrows from Tarantino-esque hitmen, with a professional pride in the cleanliness of his kills. Yet it is the unabashed friendship from Aldred that chips away at his cold stone soul, and by book four he struggles to leave this one friend he has gained. Ekris wears many faces, and in that he has lost who he is, and so it is with a certain irony that he becomes the minion of the theatrical ghast, Tonrik, whose warped mind embellishes eternal life with drama and self-indulgence. Tonrik's hold on him becomes ever stronger, and we were left at the end of book five with no idea how Ekris would resolve this domination, and atone for the demons of his own past.

So... let's finish with the blurb, and the promise that the book is almost almost here.....

'There's no change without loss. No gain without sacrifice. Redemption is rarely painless.'

War has ripped apart Artoria as the dark forces of Vildor prepare for the final battle. Flying north to battle, Lady Orla forms an uneasy alliance with the Artorians. Yet her heart remains heavy with the guilt of recent betrayal.

In the wilderness of the Wastes, Emelia has succumbed to Vildor's black charm and watches
helplessly as his schemes come to their terrible conclusion. Separated from his partner, Hunor, the Wild-Mage Jem races across Artoria to save Emelia. But more than just Vildor stands in his way as the terrors of the past seek to steal the might of the crystals from his grasp, and with them all hope of salvation. 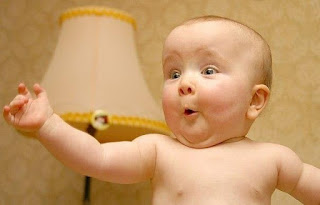 Midnight Tides is the fifth book, and thus the half-way point, in the Malazan series of epic fantasy novels. It is also unusual in the series in that it is set before the first four novels, and focuses on a new continent and a new conflict. Given that Erikson’s first book, Gardens of the Moon, jumps in part of the way through the story of the Empire, I suppose we shouldn’t be too surprised! 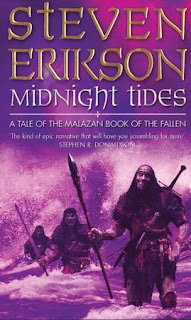 Midnight Tides gives us the back story to the Tiste Edur, one of the three Tiste races we have been gradually introduced to over the last four books. The Edur, unlike their more sophisticated Andii and Liosan cousins, live a more tribal life in the cold north of the continent of Lether. We’d met them previously as washed up bodies in Memories of Ice, and in more detail in House of Chains both through Trull Sengar and also during the attempt to reclaim the Throne of Shadow from the mobile island, Drift Avali. 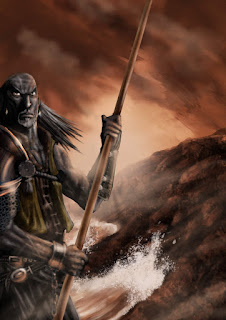 At the start of House of Chains, Trull Sengar was ‘shorn’, exiled from his race in the fragment warren The Nascent, by his brothers. One of the key plot threads in Midnight Tides tells of Trull’s background and his relationship with his three brothers, all of which pop up live and dead in the rest of the series. Trull is a likable character, more pensive and ethical than most of his kin, and an uneasy participant in the escalation of war between the Edur and their capitalist neighbors, the Letheri. The Edur become ruled by Trull’s brother following a mission to retrieve a mystical sword forged by the Crippled God. Rhulad is a fabulous creation, an impetuous youth corrupted by sorcery and ultimately insanity—and the image of him with gold coins soldered to his flesh is one of the most evocative in the book. 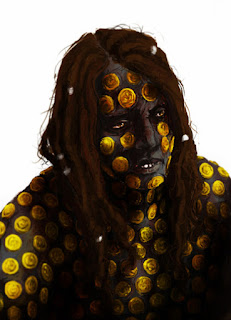 Running parallel to the Edur story line we have several others. Amongst the Letheri we have three brothers who provide the opposite viewpoint on both the war and the Letheri Empire. That at least two are seeking its ruin gives us an idea about its inevitable decline. I loved the detail that Erikson throws into the society, almost as a caricature of the materialist nature of the First World. The Letheri measure value by debt, and that debt may be inherited for generations creating strata within their greed dominated culture.  The most fascinating of the characters is Tehol, a business genius with deep running morality, and a very  amusing man-servant, Bugg.  The interplay between the pair provides the main comedy in a book deep in tragedy.

Naturally, as is Erikson’s style, the main plotline (of war between Edur and Letheri, creation of an Empire, the machinations of the Crippled God, and the effects on two sets of brothers) is underpinned by other racial sub-plots and more fleshing out of his intricate milieu. It can become distracting, not least during the often confused finales to his books but afterwards I often reflect upon the richness and complexity. So in Midnight Tides we have ascendants trapped from ancient days trying to get free, demons and tribal gods, another Forkrul Assail popping up (as one did in House of Chains), and the mention of Holds—a precursor version of Houses. 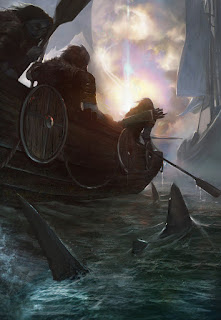 It all creates a very readable story with strong bold characterisation in places. The downside of Erikson is that the characters often feel diluted by their number, and although I loved the key characters of Trull, Rhulad, Tehol and Bugg, they came at the expense of a number of others. Some of the supporting characters were fun, notably the undead Shurq, Udinaas  the possessed slave, and both the Crimson Guard and the Ratchatchers’ Guild. But with such a vast selection the inevitable fatalities at the end of the novel don’t seem to carry the same weight.

Finally, and this is a minor quibble, Erikson has a bit of a habit of sneaking gods amongst men. In the earlier books, where the Ascendants were characters (like Anomander Rake, or Caladan Brood, Shadowthrone etc) it felt okay. But in this book we have a few gods sneaking around as humans and abruptly revealing powers at opportune moments. As funny as it seems, I do worry it is a little lazy and hope he doesn’t overuse the tool through the rest of the series. 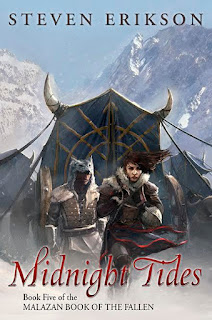 So, all in all, a good book in an excellent series and I look forward to getting back to the main plot with book 6, the Bonehunters.
Posted by Ross M Kitson at 06:44 No comments: