Unlike many others I didn't binge-watch Netflix's latest Marvel offering, Jessica Jones, but savoured it like a fine wine (despite it being more ultra-strong Alcopop). Netflix had raised expectations with the phenomenal Daredevil, and in the interim I'd succumbed to watching Gotham- and loved that too. 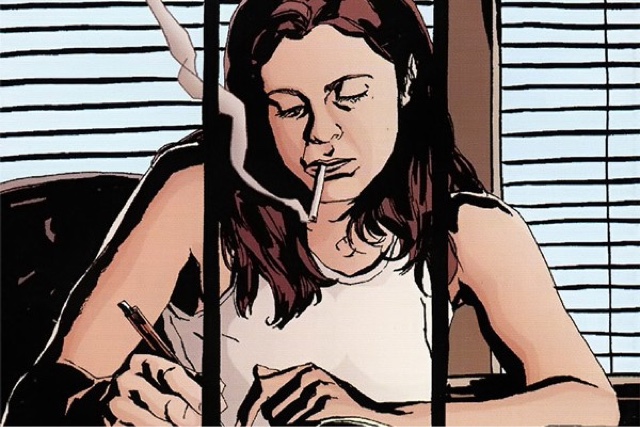 So does it live up to expectations? Almost. For a start, I had lower expectations: my experience of the character was from her appearance as Luke Cage's missus in Bendis's New Avengers, rather than from Alias the distinctly mature series that preceded it. So I had a grasp of the character as a troubled, failed superhero who worked as a PI and had a thing with Cage.
And the essence of that character is here: Jess is a PI, with a rather jaded cynical outlook, who drinks hard and obsesses about Cage from afar. This is linked to actions she undertook whilst under the influence of Killgrave (the Purple Man), and this complex dynamic between her, Cage and Killgrave is the core of the series' story arc. 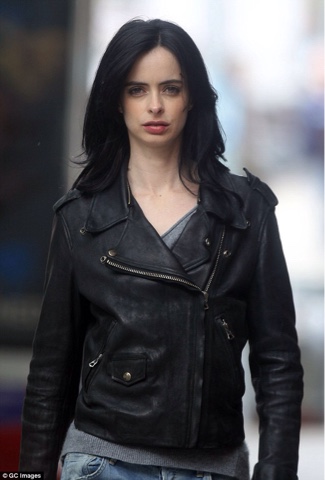 The acting is great: not everyone has taken to Krysten Ritter, but I really liked her portrayal (I liked her in Breaking Bad, before her ignoble end). She captured the anger, vulnerability and gallows humour well. Cage, played by Mike Colter, was a good contrast to Jones, and very well cast in the role. But it was David Tennant, as expected, who stole the show- grinning, joking, screaming and leering through the whole series in some demonic amalgamation of Dr Who and Barty Crouch Jr. He steals the scenes with such awesome menace that I weep for the Dr Who fans that can't dissociate David Tennant and his mockney accent from the Time Lord. 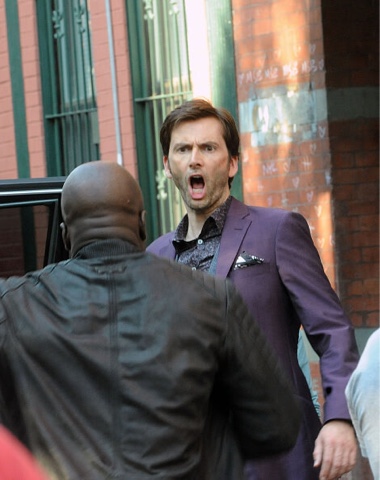 The plot is suitably adult: the sex scenes are a little heavier at the start, then back off a bit, but are distinctly 15+ and the violence escalates through the series from initial gun shot wounds, moderate gore, to rather more graphic by the end (head shot brain splat, as seems the vogue in TV at present; limbs being sawn off and fed into blender... Yes, really). It pushes the 15 certificate a little, moreso than Daredevil and Gotham, and indeed the sub-text is more adult: Killgrave is a psychopath with mind control and warped humour, so the theme of rape and abuse is key to the plot. In some ways I was disappointed that the attempts to take it down a legal route were doomed to failure, but I'm uncertain the Marvel Universe as depicted here would suit that. 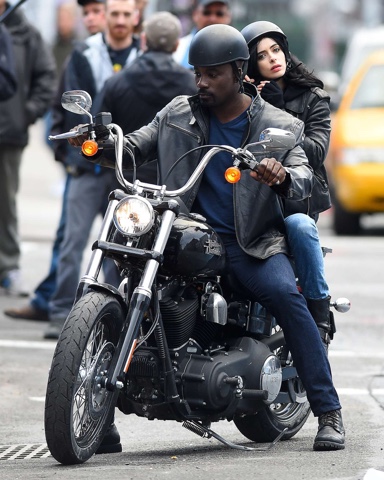 Which brings me onto the Marvel Universe. Now the idea is that all the Marvel Franchise occur in the same world. At times you wouldn't know: the events seem to happen oblivious to the costume shenanigans of the high profile heroes in the Avengers. There are references to Avengers 1, references to big green Dude and Thor, yet nothing more. I presumed it happened prior to Avengers 2, but there was no TV background of superheroes (which would've been really easy to do). I'd forgive all of that if they tied it to Daredevil more- after all, it's in the same neighbourhood. There's a nice enough link in the last episode, but given the (i) finale of Daredevil and (ii) the Killgrave body count and crime, surely DD should be linked to this series more. I hope by either DD2, or Luke Cage, they'll get a grip on it as it would have made this series better if they did that well. 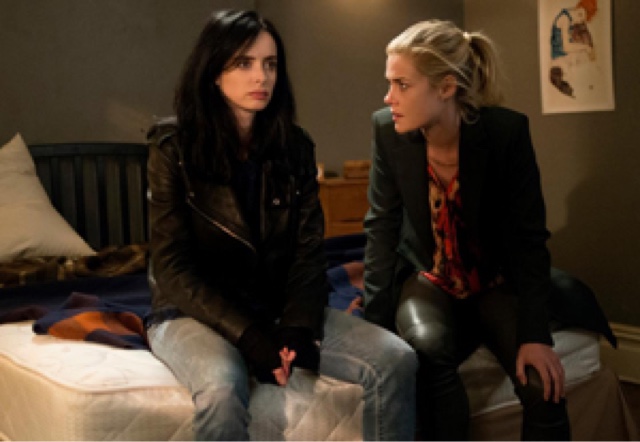 Overall, well worth a watch, and a bonus feature of Patsy Walker (Hellcat, miaow!!). Look forward to the next Netflix offering...
Posted by Ross M Kitson at 02:17 No comments:

House Of Chains by Steven Erikson

House of Chains was the first of Erikson's series that I hadn't read previously, having previously lost momentum on the third book. So in many ways it was a good tester as to whether I've got into the series, and got on top of its intricate plot lines. And by and large I think I'm managing well, perhaps with occasional trips to Wikipedia. 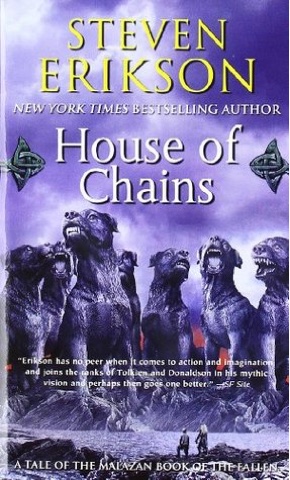 The story continues on from the rather misery laden finale of book two, with events also following book three (which ran in line with Bk2). You'll recall that Felisin, younger sister to Ganoes Paran (now master of the deck) and Tavore, adjunct successor to Lorn, has become the focus of the revolt of the 7 cities called the Whirlwind. She names herself Sha' ik, and is partly possessed by the Goddess of the  Whirlwind (which is a fragment of a shattered warren). With the ex-priest of Fenner, Heboric, she is part of a rather disparate pack of revolutionaries comprised of warlocks (two of whom are nasty pieces of work), a traitor Fist, and tribesmen. One of her bodyguards, Karsa Olong, becomes a key character and his somewhat grisly story occupies the first chapters of the book and throw some sense on prior events, not least in the Nascent. This fragment of warren also introduces us to the Tiste Edur, Trull Sengar, and latterly the Tiste Liosan. There's more with the undead warriors, the T'lan Imass, and some plot lines on how they've influenced various cultures. 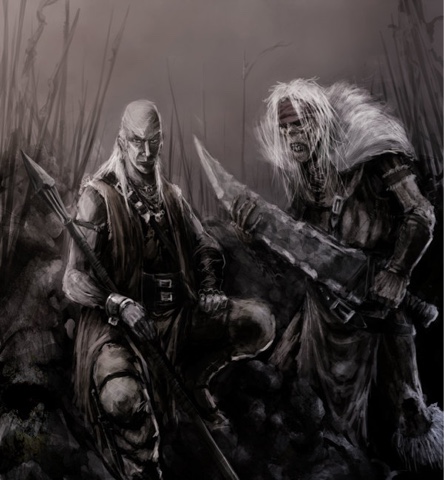 One such cultural influence is on the Teblor, and we find gradually about this sub-species of  thelomen toblakai that are essentially huge barbarians, like Bharghast, or Trell. Erikson's anthropology comes to the fore here, as it does when we get some strange almost time travel scenes later in the book. 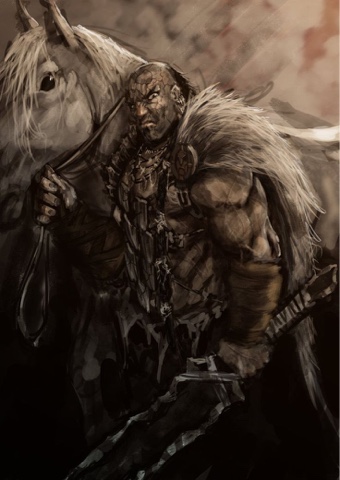 It'd be easy with all the background to stifle the book with history and legend. Erikson avoids this in the main part, although there are sections in which the info dump gets too heavy handed. His main virtue is writing down to earth falable characters, and interacting them with gods and epic heroes. I found greatest interest in former Bridgeburners, Kallam and Hedge, and to a lesser extent, Pearl and Cutter. Hedge definitely carries a good part of the book, and given Erikson's habit of doing a George RR Martin I did read his chapters with anxiety. Yet Erikson clearly likes writing his foot soldiers caught up in the epic struggles, and didn't start bumping off characters I like!

As a book it reads well, with enough pace to keep the reader engaged. The resolution had the typically chaotic finale that Erikson likes, as he illustrated in book 3 especially. Plenty of floating plot threads and story arcs are ongoing, although I think book 5 is a sideline into the Tiste Edur. Looking forward to it fleshing out the world a bit more.
Posted by Ross M Kitson at 01:45 No comments: