Of the dozens of influences that have snuck into my writing (and by that I mean not just the published fantasy stuff, but the unpublished sci-fi and contemporary fiction pieces) comics have to be a major part.

Those who read my sporadic blog posts will have ascertained this, from my posts on Stan Lee, Superhero movies and Bryan Talbot. There are plenty of literary comic examples which would make the comic  devotee nod with agreement: Gaiman, Moore, Morrison, Wagner, Ennis. But (bar the 2000AD writers) most of those I loved as I matured. The stand out for me as a kid was John Byrne. 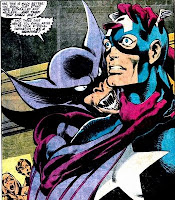 I got thinking about this after two 3 star reviews for my book on Amazon US. They were fair reviews- both liked the book, but commented that it jumped about a bit and spent time on characters who didn't seem to feature much. Part of that is the fact Volume One, of which book 1 Chained is only the first half of, was written as a larger book and then divided. But, to be fair, the other reason is that's my style.

I always loved stories where minor plot lines  and characters were introduced, hinting at a larger future sub-plot, which developed later and linked in with the main plot threads. The comics author and artist John Byrne was a master of it, and my love of his work in the 70/80s has stayed with me since. 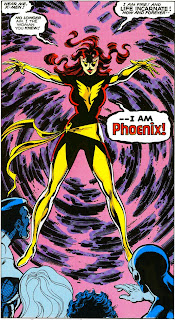 I first recall reading Byrne during his X-men run with Chris Claremont. Inked by Terry Austin his style was awesome: he defined the look of what was to become the most popular Marvel title of the decade. Such great stories then too: Dark Phoenix, Days of Future Past, Arcade, Alpha Flight, Prometheus. Stunning. I read both US and UK reprints back then, so also caught the reprints of Iron Fist, plus his Captain America work (Union Jack and Baron Blood sticks in my brain).
So when Byrne took on Fantastic Four I was really pleased- I started collecting them around the time they went into the Negative Zone, catching up the older issues as I went. To me the FF run (perhaps 60 issues) was his greatest work. I adored what he did with the characters. The sub-plots, the acknowledgment of the rich supporting characters and prior stories. He loved both the cosmic tales (Galactus especially was done well by him) and the human (Sue loosing the baby springs to mind).

It had a huge influence on me. I compared all other writers to his style, and felt few came up to scratch. His art was excellent, irrespective of the inkers, and when he wrote Alpha Flight I was hooked on that as well (though my brother bought that one). It had the same style- the sub-plots, the evolving story-lines, almost soap opera in style. 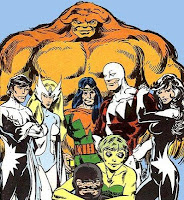 I followed Byrne for a while after FF and Alpha Flight. He was becoming a bit of a victim to his own success. West Coast Avengers was good, but he tried to screw around previous writer's work too much; Hulk didn't work for me (Hulkbusters...?). When he bounced to DC I bought a few, but I never liked re-boots and never really liked DC heroes.

My tastes in comics changed around then, becoming more interested in mature readers titles. I lost track of JB, although I saw his New Men in Forbidden Planet the other week and was tempted.
His influence is obviously double-edged. When you read his work in one go the plots work great, building over time. If you read them as isolated issues then it's frustrating. My Prism fantasy series will run to six books, and when read together all the little strands knit together. I think of a few fantasy writers who do the same: George RR Martin and Erikson are two. And to be fair, not everyone likes that style. But I enjoy it, and it seems to work for me. And I have JB's influence to thank for it.
Perhaps I need a new sub-genre, like Space Opera, but fantasy style. "Soap Fantasy" comes to mind, but that sounds a little too late-night naughty TV channel for me....any (clean) suggestions welcome. 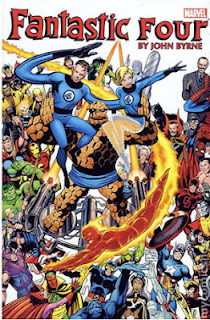