As I'm re-visiting my adolescent love of Dungeons and Dragons, and running the adbetures in the World of Greyhawk, it seemed appropriate to read the books that Gary Gygax, Godfather of DnD, and latterly Rose Etes, wrote. From the outset it's fair to say that this particular book is probably only of interest to those with a background or curiosity about the hobby. Even compared to other DnD books (Paul Kidd's DnD classic module offerings, and Salvatore's dark elf books) it's not the best of the bunch. But to a fan of Gygax, and the magic he created with Dungeons and Dragons, whether the manuals, the modules, or the world of Greyhawk, it's fun reading. 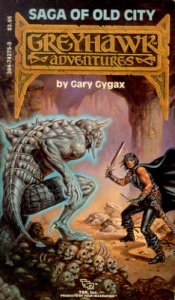 The hero is Gord the Rogue, a solid adventuring thief who we follow from humble beginnings as a cutpurse and beggar-thief in the sprawling City of Greyhawk. The first section of the book takes us along his early encounters, fleshing out the City vividly, and Gord's involvement in a 'turf war.' Gord comes across as a likeable character, with a suitable charm and wit, and his tricks and scams make easy reading. 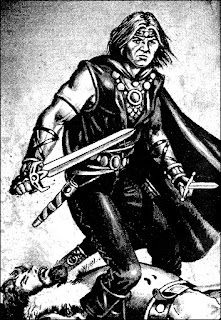 The middle third of the book then takes us on a tour of Gygax's world, with Gord adventuring, romancing, and scrapping his way from Greyhawk City, across the vast Nyr Dyv, and then around the Bandit Lands, Urnst, the Theocracy of the Pale, Nyrond, and ultimately to the edge of the Great Kingdom. Now to me as a gamer currently reading the source material of the Flanaess, and Greyhawk, this was a great tour—the depth and detail to each area is a real bonus. But for a more casual reader the lack of a central driving plot beyond a series of vaguely related encounters could be frustrating. The plot through this stage feels half way between a bunch of DnD scenarios and a travelogue. We do get some development of him as a character, but rarely a decent in depth insight into him that a book this length should provide. 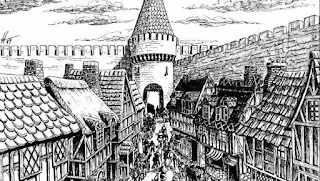 In fact the lack of a real purpose beyond Gord getting some cool weapons, picking up skills, and ducking/diving, is a real weakness. The book has a patched together episodic feel, which I suppose in some ways emulates the pulp fantasy that inspired Gygax's original DnD game (Robert E Howard, Fritz Leiber, Moorcock). I could just imagine reading  it serialised in Dragon magazine. 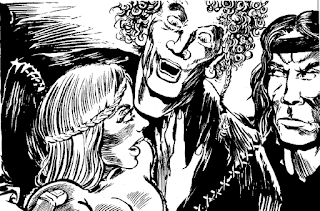 In the last third of the novel Gord links up with some more substantial characters: Gellor, a mysterious spy/bard; Chert, a barbarian (reminiscent of Fafhrd, from Lankhmar); and Curly, a plump bald druid-ranger (my favourite). We then get a trip out to a dungeon, and a suitably nasty demon to sort out. This part of the book at least had the right balance of action, purpose, characters and humour. It felt as if Gygax had got into the swing of things, and as I recall from Book 2, he continued this momentum and developed a fairly solid plotline. 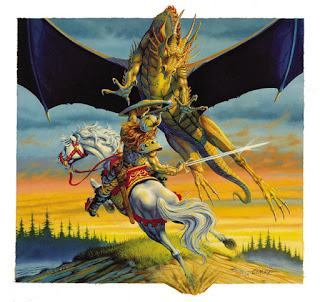 So much in the way that superhero origin films never feel all that good, as they establish a history and a setting, this book is very much an intro, both to the world and to the character who ultimately sees us through five or so books (as Gygax departed TSR). It's a 4 star for fans, probably a 3 star for those DnD-naïve.
Posted by Ross M Kitson at 12:19